The coming of Christ to judge the world has been a much talk about issue among the Christian and other religious circles for 2000 years ago till date. As the clock ticks, the years elapse and the expectation of His much acclaimed second coming draws closer and closer.


Though the message of the second coming of the Messiah is virtually not mentioned in most Christian circles any more, few churches are still committed to the thundering of this event.  So many people have come out with facts and figures in the form of dates to tell people when to expect the both Catching away also known as the rapture, and the final judgment day.

One of such advertisement centered around the judgment day are billboards which were mounted by Family Radio.com. These Billboards are mounted at strategic places having this inscription: Judgment Day, 21stMay 2011. The Scripture attached to this inscriptions is Ezekiel 33:3 (If when he seeth the sword come upon the land, he blow the trumpet, and warn the people;) another of such claims is that 11th November 2011(11-11-2011) is the date we should expect end of the world. Internet pages have been bombarded with such advertisements. The brain behind this prediction is Harold Egbert Camping; the same man who proclaimed the Lord's return would be in 1994!
But the big question is: How true it this inscription? Can judgment Day occur at just any time as proclaimed by most Christians? Is it going to be on 21st May 2011 or 11th November 2011?
As a bible student and the columnist for the “Apocalens” (Apocalyptic lens-a page in our newspaper called The Microscope) I have taken my time by God’s grace to study the coming of Christ which I received by revelation from God to ascertain the truth of the matter.
The first point of call is the Holy Scriptures. That is the only tool to disprove or approve a revelation.

DESTRUCTION OF THE UNITED STATES OF AMERICA NEARER THAN WE THOUGHT? 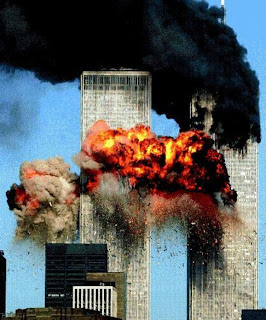 Current events point to the fact that the destruction of The USA as predicted centuries ago is coming to a reality. Well known people such as George Washington, A.A. Allen and Kenyan Prophet, Johanwa Owalo, the founder of Kenya’s Nomiya Luo Church including many others foresaw how America’s destruction will kick into reality. A study of the following prophecies gives us a perfect picture
THE PROPHESY OF JOHANWA OWALO (1912)

The murder Osama Bin Laden, the son of Gaddafi and his three grandchildren brought a lot of excitement to millions of  Americans but their attention should be placed upon last centuries great Kenyan Prophet, Johanwa Owalo, the founder of Kenya’s Nomiya Luo Church, and who among the Kenya people of the Luo religion is believed to be a prophet similar to Jesus Christ and Muhammad, and who in 1912 made this horrific prophecy about the United States:
“So far have they [the United States] strayed into wickedness in those [future] times that their destruction has been sealed by my [father]. Their great cities will burn, their crops and cattle will suffer disease and death, their children will perish from diseases never seen upon this Earth, and I reveal to you the greatest [mystery] of all as I have been allowed to see that their [the United States] destruction will come about through the vengeful hands of one of our very own sons.”
To the greatest accuracy of the Kenyan Prophet Johanwa Owalo’s words we must note the striking coincidence that this nearly 100-year-old prophecy seemingly echoes into our troubled times, Senator Obama does appear to be the fulfillment of this prophecy as he is, indeed, a ‘son’ of the Kenyan Luo tribal religion (a mixture of Christianity and African tribal beliefs) as he was born on August 4, 1961 in Honolulu, Hawaii to Barack Obama, Sr.
.One of the questions we must ask ourselves in the light of the messianic rise of Barack Obama, towards the most powerful military/political office in the World, is if the current events of his fathers homeland, Kenya, and when juxtaposed with the prophecies of Johanwa Owalo, are providing us with a vision of the United States future as it too appears to be boarding upon open civil war due to the destruction of its Middle Class and the continued rise to total rulership of its Imperial Class?
Another curious aspect of this prophecy is the fact that the murder of Osama Bin Laden is a clear sign of vengeance as described in the prophecy.
To all of these events herein detailed, and when examined in the context of all of human history, the rise of those deemed to have messianic qualities and/or attributes do indeed presage times of great upheaval and Total World War.  For as we have long known, and seen by the examples of Napoleon, Lenin, Hitler, Mao, etc., those who lead Nations, and peoples of Nations, by the strength of their messianic ‘visions’ have left in their historic wake the deaths of hundreds of millions of human beings.
Today a new such messianic figure has arisen on the World stage; his name is Barack Obama, a name that soon all humanity may grow to fear and cease to mention when talking about peace!

THE VISION OF DUMITRU DUDUMAN

Significant events indicated in the vision: 6th star falls to the earth. Understood to mean the fall of a
ruler (or president). I do not believe this to be actual stars or a comet or any other such object. The
stars appeared to be within the atmosphere of the earth, and there was not a huge explosion or
calamity when the red "star “fell to the earth. The blood moon and lightless sun. More imagery that
represents the fall of nations and change in the ages. The fall of a president is not enough to bring
about changes on this scale. There will be great changes in the earth and alignment of nations.  A wave ancient weapons of war, which I believe to represent the restoration the sign gifts: "SIGNS AND MIGHTY DEEDS"
I waited for 23 years to receive a clue as to the meaning of these houses. In another dream in 1995, I
was in the back yard of house #3. I looked down at my feet and saw a LIFE magazine, with a picture of
JFK on the cover, and the words "In Memory of Dead Presidents". House number three is the house
that represents the term of John Kennedy.

Perhaps the greatest miracle concern ing this vision of the night, and the hardest to conceive, is that
the neighborhood described is an actual neighborhood from my childhood in Massena New York!!!
The street was called "Washington Street" ( for presidents?). The houses are just as I describe them,
and were that way long before I had the dream.  There really was a family of Jews named "Levi" in
house #4.  The street did (and still does) take a right turn at house #8.  House #11 really does have a
weeping willow tree under it, and children did play there... because I was one of them in my early
childhood (early 60s).There really is a path leading up from house #12, and there really is a collection
of boulders at the end of that path! These facts can be verified with little effort, as the streets and
houses exist today as they did 25 years ago.
from all these visions we can boldly say something is fixing to happen to USA! Probably an attack from Al-Quaeda
Posted by The Microscope at 8:22 AM No comments: Links to this post

The Microscope
Welcome to the Official site of The Microscope, your authentic source of trilling news information. As a team of dedicated "news scientist", we are committed to bringing you the tiniest detail of every information. This are our promises • To continue capturing the tiniest detail but in a better for our dear readers • To be as professional as possible in all our works • To serve your basic needs in terms of updates on future events especially the build up to World war 3 and the Middle East Conflict.